I’ve had my 3D printer for almost a year and a half now and so I thought it was about time I write a post explaining why I think it’s the most useful tool in my office.  The setup I’m using is as follows: 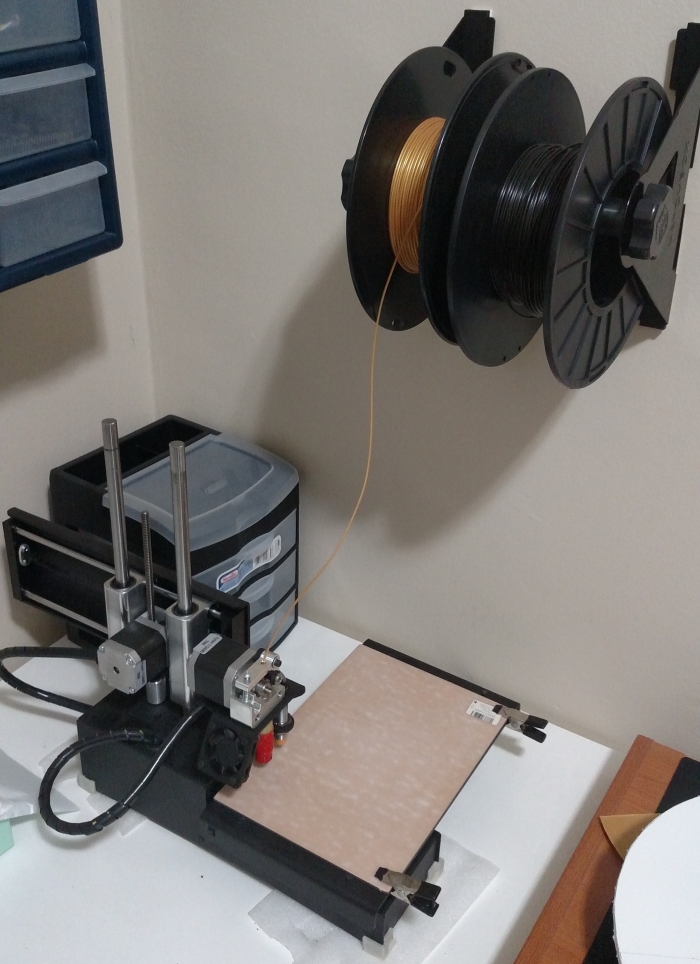 Before I start explaining why I think 3D printing is the bee’s knees I just want to state that this post isn’t intended to be a review of the Printrbot.  This is the first 3D printer I’ve ever owned, so I don’t have any frame of reference to compare it to.  Rather this is an explanation of the uses I’ve found for 3D printing.  One of the biggest barriers I’ve seen to a 3D printer in every home is that most people can’t think of enough applications to justify the cost.  While I can’t definitively state that the money I’ve saved from 3D printing things has balanced out with the cost of the printer, I can at least bring my use cases to the table.

When working on projects I find that the greatest disincentive often comes from the act of physically doing something, be it measuring, drilling, cutting, etc.  While it wouldn’t necessarily be difficult to make custom parts out of wood and poster board, I find the time and effort it takes to plan and assemble the part deters me from even starting.  It also doesn’t help that I have trouble planning ahead and so will often encounter unforeseen problems mid-construction.  3D printers help mitigate this problem for me.

With how ridiculously easy OpenSCAD makes 3D modeling, I can quickly design a project and print it out without ever lifting a drill.  This makes 3D printing both easier and safer for the small things.  3D modeling has also reduced the number of unforeseen errors in my projects.  With the the configurable design right on my screen I no longer have to open my graph paper notebook to get a accurate view of my project.  I can move, change, and combine 3D parts with ease.

Granted, programmatic CAD does have drawbacks since it converts text to 3D images rather than directly manipulating the design.  However I believe that the benefits when it comes to reuse, version control, and parameterization outweigh these downsides.

Another benefit of having objects as a shareable software construct is that it allows you to take from and tweak the designs of others.  Thingiverse, one of the most popular sites for sharing 3D printed designs, even allows you to copy and “remix” other users’ objects for your own purposes.  One useful example I can think of is the idea for an Iron Throne style phone charger that I’ve been mulling over.  I don’t have the patience or CAD skill to design an Iron Throne 3D model from scratch, but there are other people who do.  I can then take their 3D models, with appropriate attribution, and use them as a baseline to design my phone charger.

As 3D printing and scanning gains in popularity more large organizations will begin sharing important objects with the public.  Both NASA and the Smithsonian are beginning to openly share object models of important artifacts like space probes and fossils.  I truly hope there comes a day when I can have my own miniature 3D printed T-Rex skeleton to decorate my desk.

Another considerable use I’ve found for the printer is to aid in apartment living.  Since I rent I’m limited in how many nails I can put in the wall before I lose my security deposit.

With a combination of Command Strips and custom printed adapters, I can create a way to hang heavy objects on the walls without doing any damage.

Lastly, and probably the most important use I’ve found for 3D printing in the home is for creating one-off objects that don’t have enough utility to be sold as a mass-produced product. 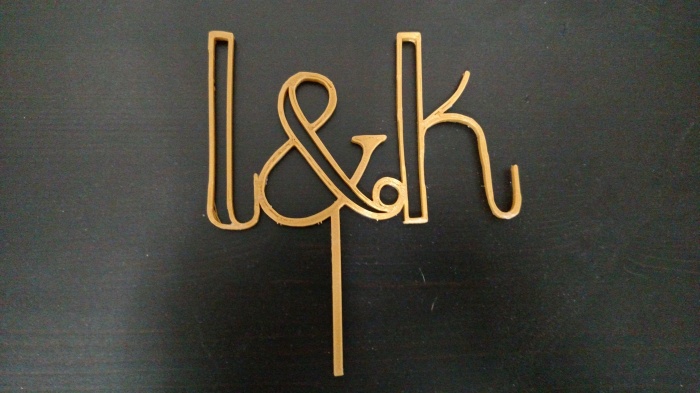 The cake topper for my wedding is one such example of this.  Rather than settling for an expensive custom one on Etsy or a generic one from elsewhere, I designed and printed my own.  With the wide variety of filament that’s now available, finding a food-safe, metallic gold PLA wasn’t difficult.

I’m sure as time goes on I’ll continue to find more uses for my 3D printer around the house, but I already believe it’s paid for itself in terms of the productivity it’s afforded me with my hobbies.  There are things I can create now that I never would be able to without it and I feel that’s plenty of justification for my purchase.