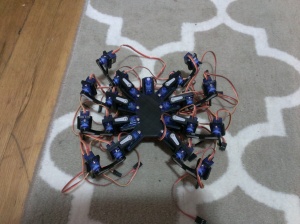 Octopod – An eight-legged robot mimicking the anatomy of a spider with 3DOF legs using 24 servos total.

PiPad+ – A DIY tablet using a Raspberry Pi and Raspbian and a custom user interface designed specifically for touch control.

One thought on “Projects”