Skip to content
HomeAlien Clock: Putting it All Together 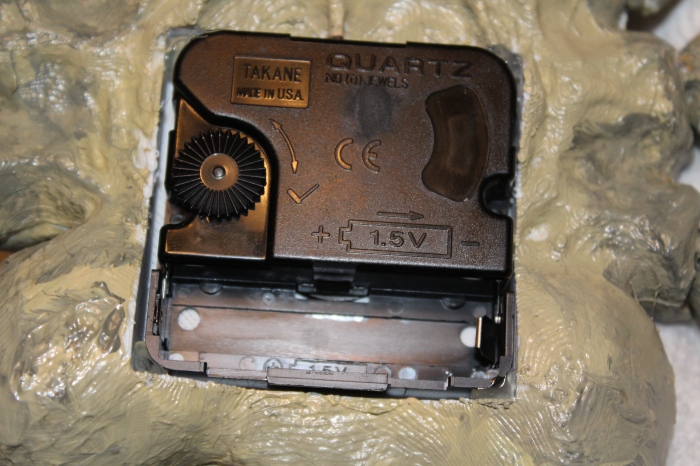 I hot glued the clock mechanism into its place on the back of the Facehugger. The Facehugger won’t be too tight against the face so the dial will still be reachable. 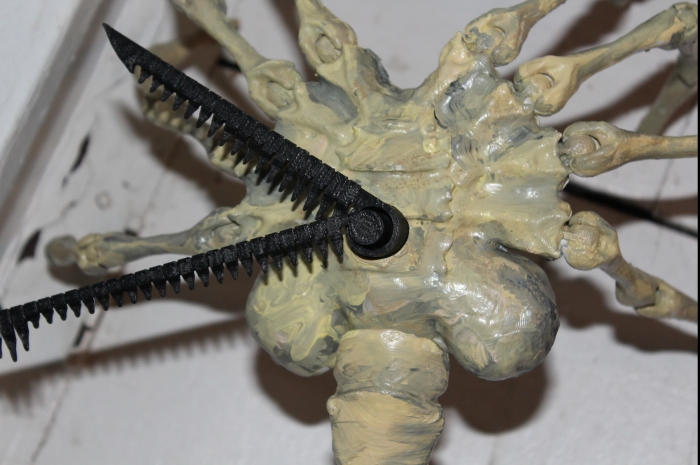 With the mechanism in place, I just had to slight the hands onto the shafts protruding from the center hole. 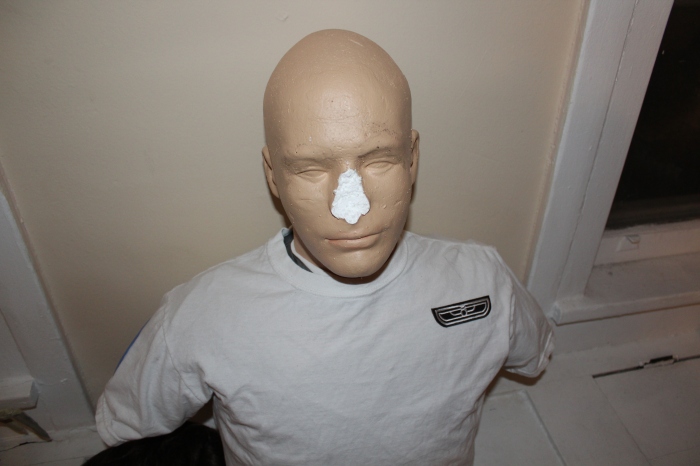 Unfortunately the addition of the mechanism didn’t leave space for Kane’s nose, so it had to go.

And lastly the Facehugger was attached! The legs provide a pretty good grip when bent around the head but for additional security I drove a metal rod partway through the mannequin’s head and hung Facehugger on the protruding bit. 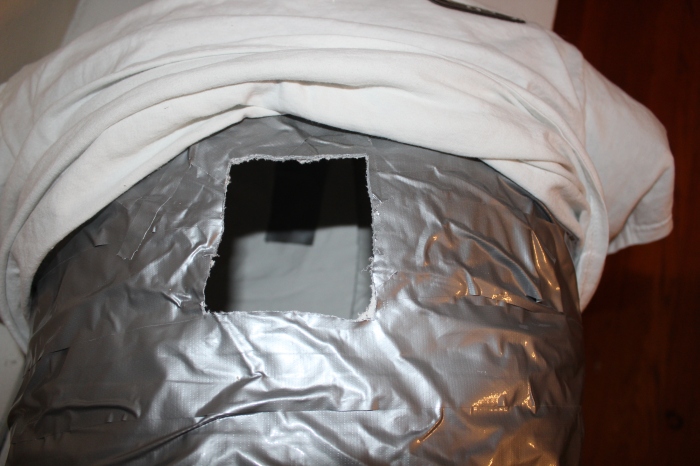 I cut a hole in the duct tape roughly where the Alien juvenile burst from Kane’s chest in the movie. 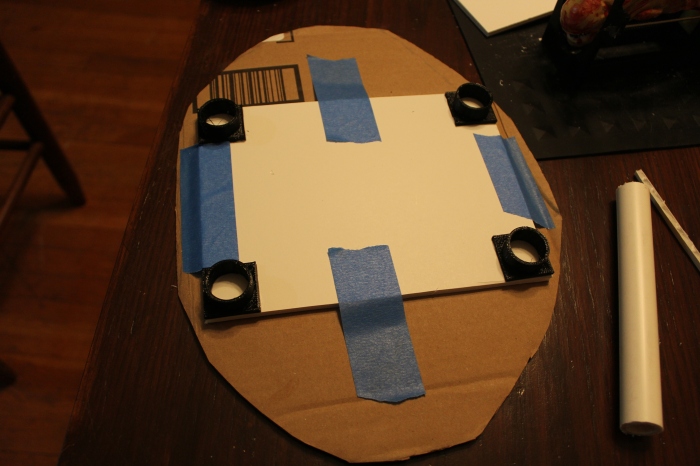 I used a combination of foam-core board and cardboard to give the bottom of the mannequin shape. I also 3D printed holders for PVC piping to make a structure to hold the Chestburster mechanism. 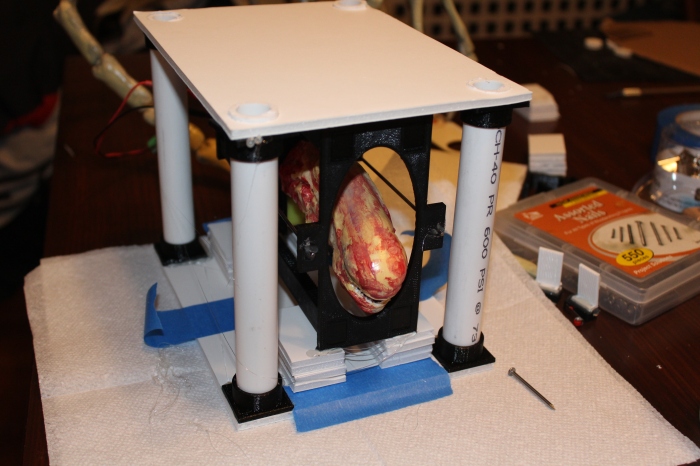 The final Chestburster mechanism mounted to the base. 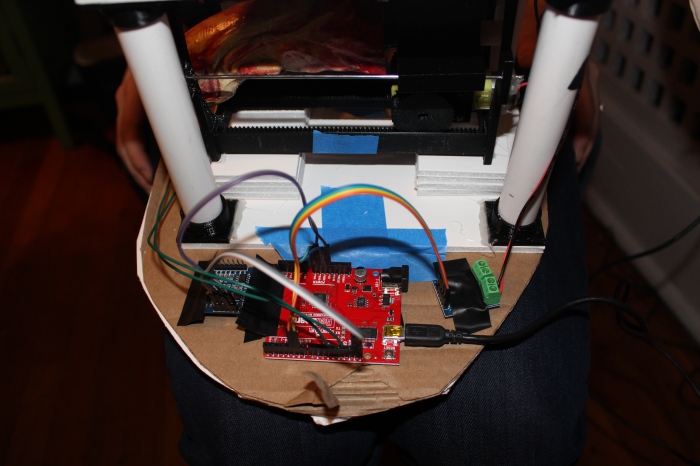 Lastly was to cut a hole in the shirt so that the Chestburster was mostly concealed but not restricted in movement.